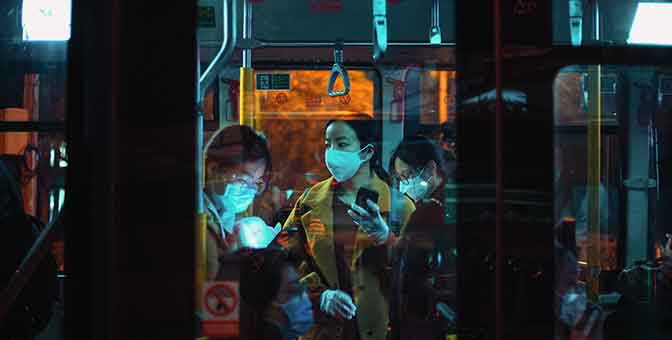 To better understand how self-storage operators managed their pricing during the onset of the Covid pandemic, Veritec Solutions analyzed self-storage website pricing of approximately 10,000 stores from January through mid-June 2020. The stores were operated by slightly less than 1,000 companies. Data was collected daily from facilities in California, Florida, Georgia, Illinois, North Carolina, Ohio, Oregon, Pennsylvania, Tennessee, and Texas.

This period saw numerous states implement pricing regulations, although such restrictions differed from state to state. From January through June, almost 50% of the self-storage companies chose not to change their prices, either up or down; these companies did not make any price changes during this period. However, these companies accounted for less than 700 of the nearly 10,000 facilities in our sample.

For the other half of companies, comprising nearly 9,300 facilities, prices did change. The pie chart below highlights the sizes of the price changes that were made. While there were some differences by state, the pattern was similar.

More strikingly, (not shown in figure), 17% of the price changes were decreases of more than 10%, whereas only 10% or the price changes were increases of at least 10%. Companies that actively managed their prices were often willing to make relatively large day-to-day adjustments in both directions, although the tendency to lower prices by a significant amount was rather more frequent than the tendency to increase prices by a significant amount. 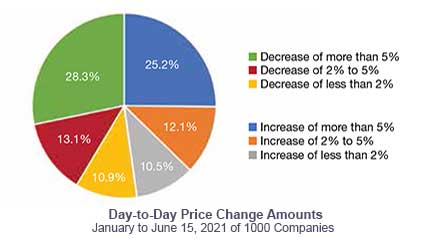 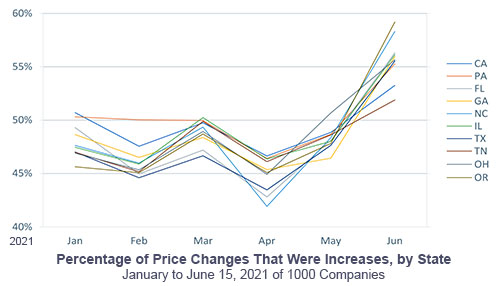 So, while many companies did not revise their prices during this period, there were also many that did. And the ones that did, tended to operate larger portfolios. Through the entire six-month period, companies that actively managed their prices were willing to increase or decrease their prices. Furthermore, changes in the frequency of price increases and decreases appear to have been more closely aligned with month rather than with state.

One take-away from this may be that no matter in which state, or states you operate, you may need to pay close attention to whom your competitors are and whether or not they have adopted an active price management strategy. If they have, you can be relatively certain that they will continue to actively manage their prices regardless of the business environment and consistent (we hope!) with state pricing regulations. If you want to compete effectively, you may need to be prepared to do the same.