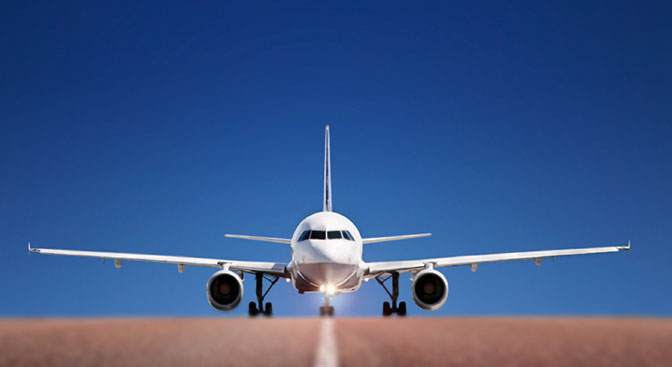 With hundreds of planes and thousands of flights operating every day, airlines have both strategic and tactical issues to solve in operations, sales/ marketing, and flight scheduling arenas. To address these problems, decision support systems using optimization, simulation, forecasting and inventory control models have been developed. While Veritec has consulted on revenue management approaches with several airlines, the industry often considered to be the birthplace of revenue management, Veritec staff has also been involved with many other efforts at both passenger and freight airlines, including:

At American Airlines, thousands of flights are operated daily. Historically, the sequence of flights to be operated by a given aircraft over a schedule month was developed manually. The key requirement that had to be satisfied by a given sequence of flights, known as an aircraft routing, was that it needed to spend 8 hours overnight at one of the designated maintenance locations every 3 or 4 days so that maintenance checks could be performed. As the fleet became larger and larger, this became more and more difficult to develop manually.

To address this issue, an optimization model was developed to solve this problem. Due to the vast number of possible routings, a series of set partitioning problems were developed and solved, yielding “good” routings, where good was defined as:

Using this model allowed the time to develop a solution to be reduced from 2 weeks to 2 days. This model was later implemented in the Airline Scheduling software package marketed by Sabre under the name, AirFlite.

BAX Global operates a freight distribution network using both aircraft and trucks to move large-size packages. They needed a tool to be able to evaluate different flight schedules and truck networks in order to size their fleet, develop accurate budgets, and provide routing guides. The shipment routing problem was formulated as a large-scale mixed integer programming problem where the columns represented potential shipment routes and the rows represented the aircraft or truck being used to provide transportation.

Data were input via Excel spreadsheets into an Access database, and C++ code was executed to generate the mathematical representation of the problem. This problem was then fed into CPLEX which was used as a solver. Results were then fed back into Access for reporting purposes. Users could easily make changes to a scenario by revising either the Excel spreadsheet or the Access table that represented an aspect of a scenario. For example, the user could edit the shipment table, the table representing the flight schedule, the aircraft capacities (both weight and volume), or the costs, and then rerun a scenario. Since the data and the results were stored in Access, it was also easy to compare results of different scenarios.

Learn more about how Veritec can help both passenger and freight airlines with their decision-making approaches…contact us today!