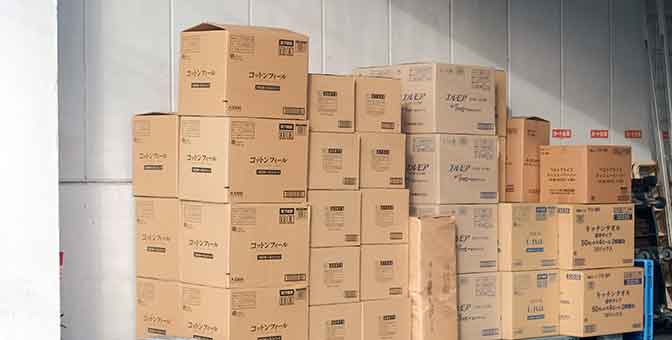 In a previous blog, we talked about understanding new customer move-ins. But what about customer move out data? This “flip side” key performance index (KPI) is equally important to understand because it is about losing customers.

Analyzing similar data as in our prior move-in focused blog, we consider a self-storage operator who has experienced relatively stable occupancy for the past 15 months. We highlight two core KPI’s of especially strong interest based on revenue per square foot.

As was the case for move-ins, revenue per square foot of move-outs (when based on total square feet of a facility) is often an excellent and easily understood metric for understanding the impact of move-outs on total revenue. It “normalizes” revenue, so it is often a more robust metric when used in trend analysis and making comparisons across stores. For customer move-outs, we look at two aspects of revenue per square foot: 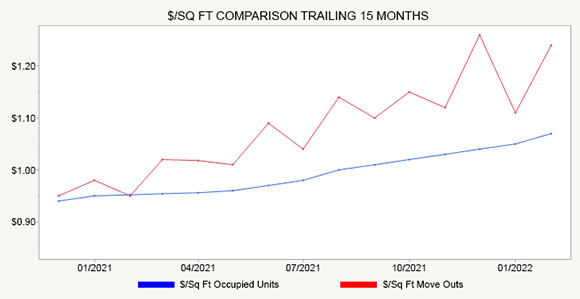 If we strictly focus on the red line, customer move-outs, we see that it bumps along with ups and downs depending on month:

If we look at move-out data compared to occupied data, the black line, a different perspective emerges:

So, the pertinent question may be to compare the rates at which the $/Sq. Ft. of move-outs are increasing relative to rent increases and move-in rates.

What if Move-Out and Occupied Revenues Trend in Opposite Directions?

We noted there were months where move-out revenues increased over the previous month. Considered in isolation, it might seem that profitability will take a hit. Customers in units that are yielding higher revenue per square foot are moving out. It is worthwhile to consider why?

Looking at customer move-out data is a continuation of a data-driven approach. By truly understanding the factors driving the move-out data, operators can significantly improve their overall revenues, and thereby profits, over time.